The film production industry in Canada is growing faster than ever. Many production companies see the benefits of working in this country, and we don’t blame them – with so much beautiful scenery and such cost-saving potential, it’s the ideal spot to film your next blockbuster.

But, despite all of the benefits to film production in Canada, there are still no guarantees in the film industry. Companies could spend millions of dollars developing and producing shows and movies only to end up with minimal profits. Filmmaking can pose a big financial risk, to say the least. Luckily for Canadian filmmakers, film tax credits are available to offset their spending costs, with the key focus of supporting labour salaries and contracts in Canada.

So, what are film tax credits? They are incentive programs offered by federal and provincial governments to film production companies; in short, they help offset spending and lessen risk.

Companies can receive up to 65% of 60% of the spend completed. Programs like these are necessary to encourage more Canadian organizations to use local talent and bring tax dollars into the Canadian economy. More and more companies are taking advantage of these incentives, including US companies establishing Canadian entities.

Beyond the Canadian Film or Video Production Tax Credit from the federal government, Alberta recently put extra funding into its Film and Television Tax Credit program to encourage more projects to seek out Alberta as their base. Alberta has a mandate to increase revenue and recognition for the travel and tourism industry, and to add more diversity to the industry focus for the province. Part of this criteria is to hire a minimum of eight Albertan residents, with encouragement to hire under-represented members of the community, for off-screen positions on productions.

Not only does this create jobs and help to diversify the Alberta economy – it also showcases the province to global audiences. As an Alberta-based company, OKR Financial is excited to support projects like this that ulpift the economy.

Once a company has applied for film tax credits and been approved, they could be waiting months before they actually receive the capital because the return on the tax credit can take anywhere from four to six months to receive. That’s where OKR Financial comes in to help bridge the gap.

Working with OKR Financial allows companies to unlock cashflow earlier than receiving the credit – companies just have to file for the credit with an estimate, with the condition that the production be completed within two years. Simple.

Ready to start your Canada-based film production? Canadian film tax credit programs may be able to help you out. If you’ve already been approved for the tax credits and need access to capital sooner rather than later, get in touch with our team at info@okrfinancial.com. We are thrilled to see Canada better represented in the film industry. How to Secure Funding for Life Sciences Companies: Challenges and Opportunities 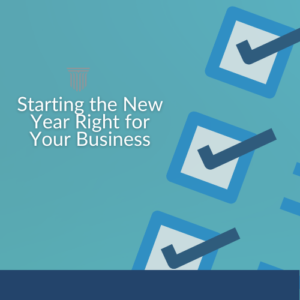 Starting the New Year Right for Your Business